On Flewid Digital
Interview by Simone Zangarelli
Fashion and Make Up by Dshock
Milano, February 2018 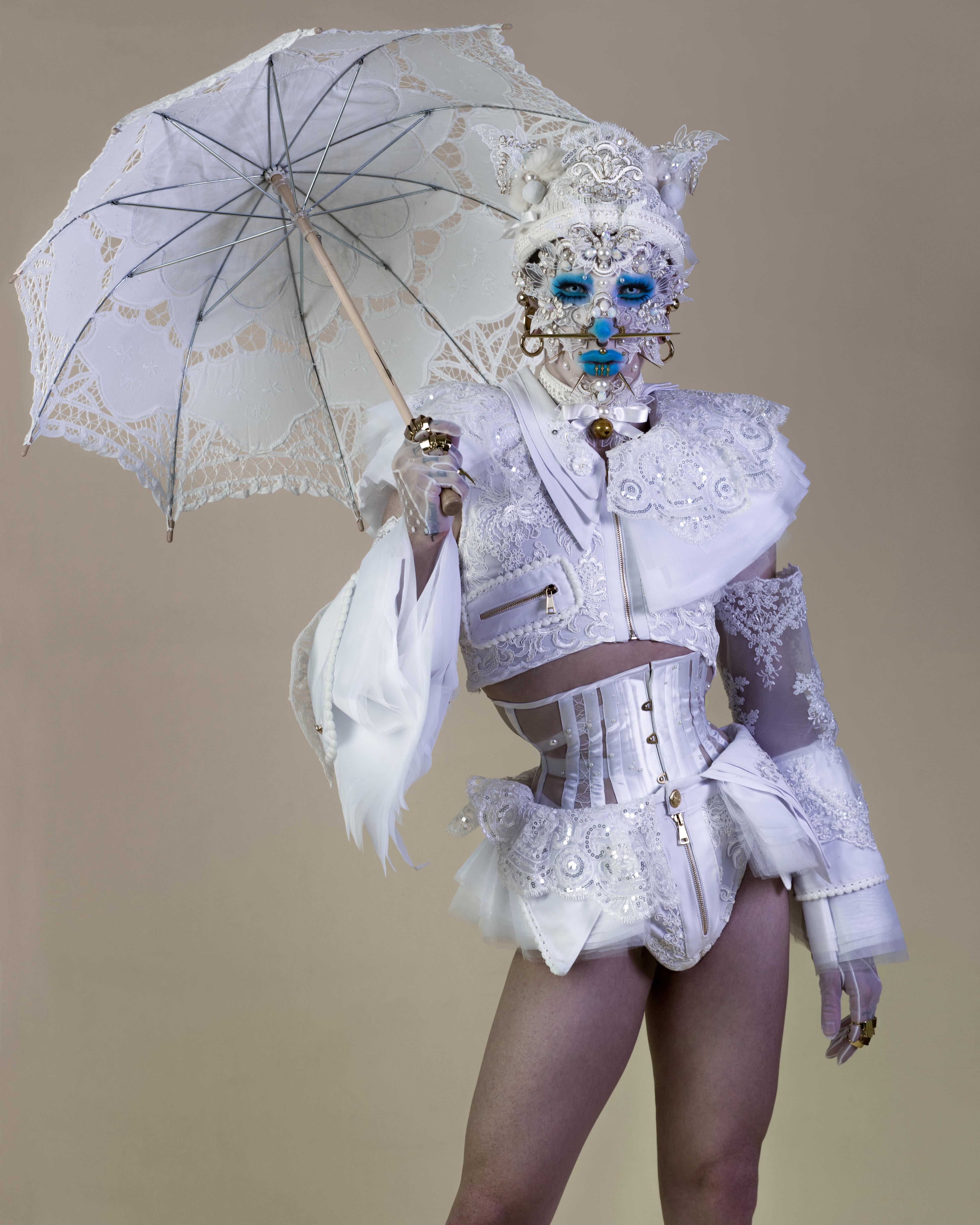 Thanks to your aesthetic and performances you are gaining a foothold in the international fashion industry.
How would you describe your way of making art?

Club Kids was one of your reference points in the 80s/90s queer environment, what changed between then and now and what does it mean to be part of it?

I was born in 1990 and I became familiar with the Club Kids around the second half of 2000 when I was 16 yo with the “Party Monster” movie and the pictures and videos I could find on the internet back then. I think that maybe formerly it was considered like a niche movement, just like it was in 2008 when Dshock was born. Now, thanks to Instagram and Rupaul’s Drag Race it has become more mainstream, everybody knows us!
Being a Club Kid is a lifestyle, a way of being, it’s not just about aesthetics or what you do for a living. But many from the new generation take it as a sort of transformation, a cathegory to put themselves in according to their style that sometimes goes a little far away from the Drag Queen style. In my opinion, there’s some confusion, right now. A true Club Kid feels different and shows this feeling by dressing, wearing makeup, changing his body as he wants, without caring of the passing fad, just following his own sense of style.
Amanda Lepore is an artist and a Club Kid that I personally hold in high esteem, because perfectly sets an example of all I just said! 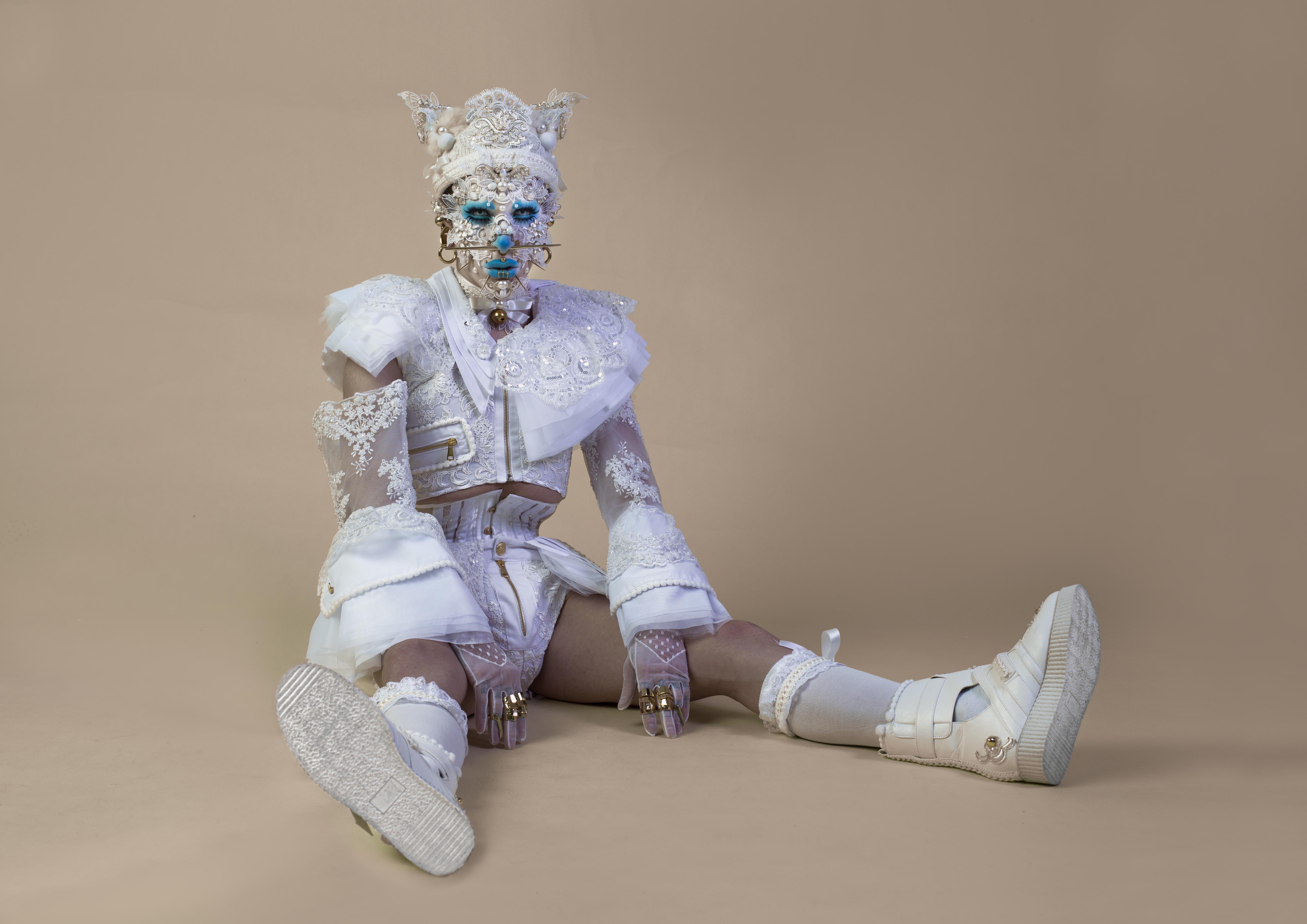 Tell us about the most satisfying professional experiences you’ve had in the last year. I’ve been hosted at the Milk Shake Festival in Amsterdam, a celebration of the queer world, of diversity and of music at its purest form!
The Life Ball in Vienna, a fixture where I have a chance to meet Club Kids and Drag Queen friends from all over the world. And my comeback to London after many years, where I attended the party for Burberry’s collaboration with Vivienne Westwood.

As I said, being a Club Kid is a lifestyle, a way of being. Dshock is just my stage name, it’s not my transformation in another character who speaks and moves differently like often happens to Drag Queens.
I have a masculine body that transmits sexuality and this flows in the looks I create. I think that’s what the connection is! 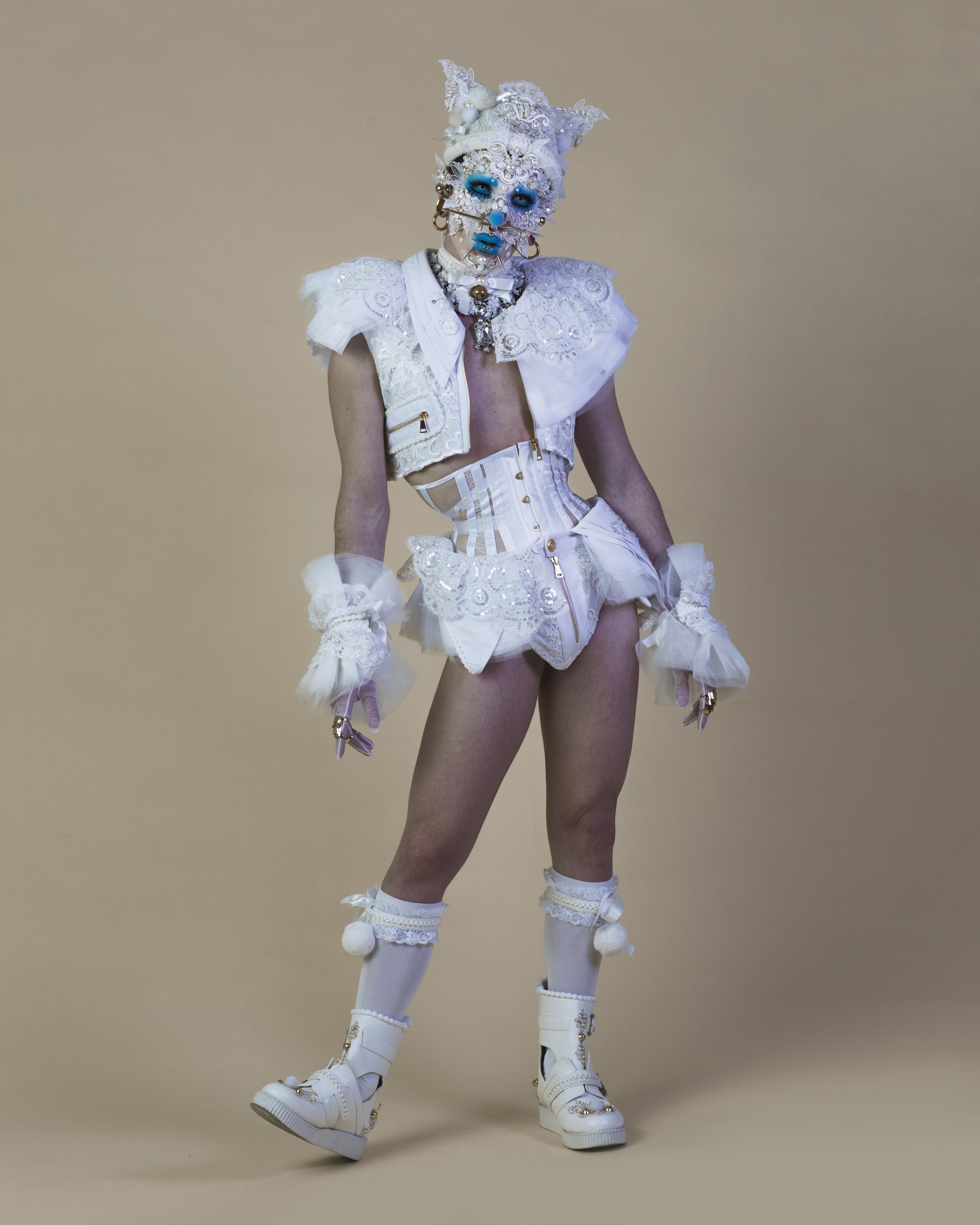 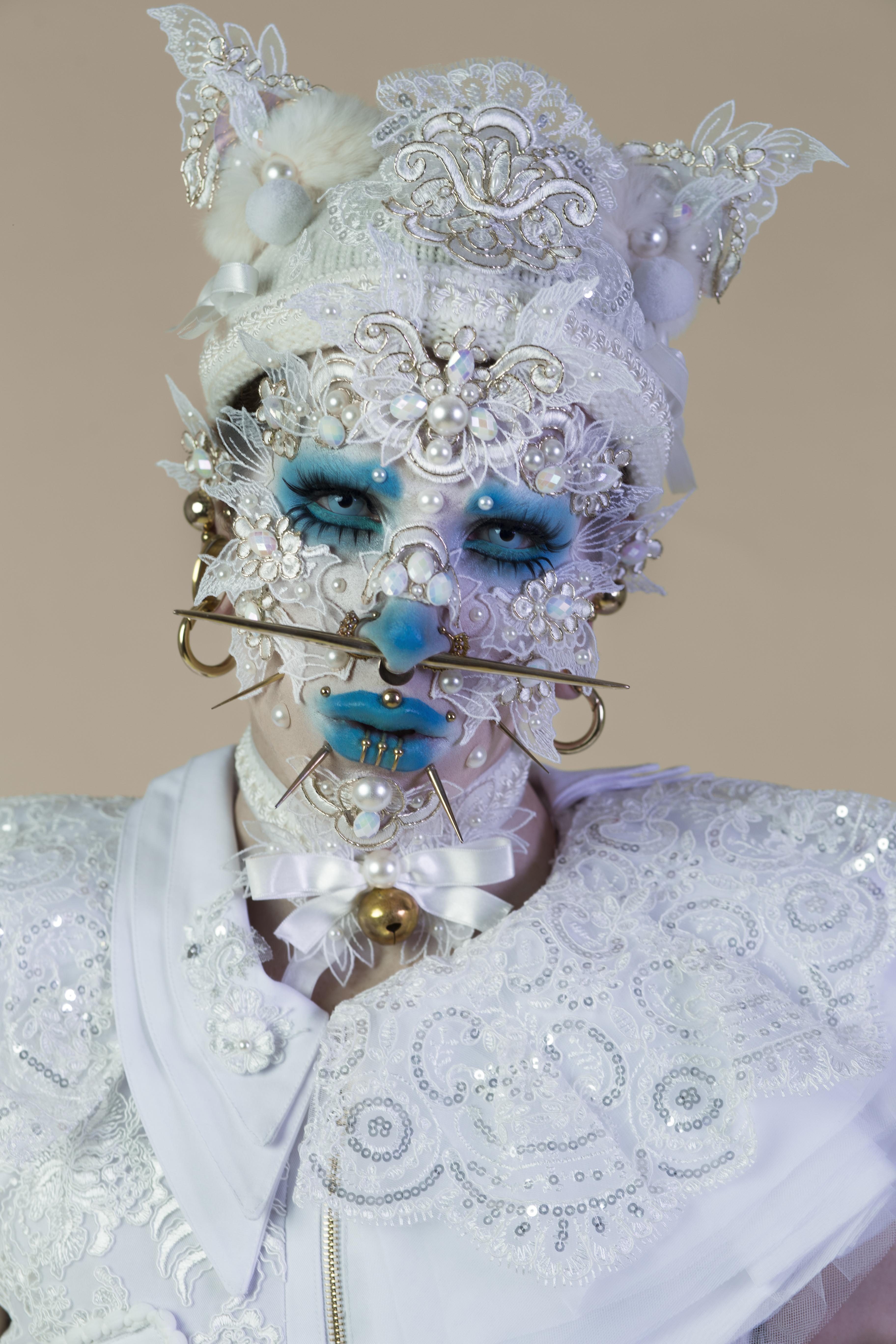 Your essence could be defined as the result of different influences: makeup, visual arts, dance, music. Which are your inspirational models?

The “Party Monster” movie and the “Pervert” night in Milano around the half of 2000 (P:Gold, Sodoma, Electro:Punk) helped me discover a whole new world and my very first role models where Pat McGrath and John Galliano. But the thing that inspires me the most and always will is music!

What suggestion would you give to young people like you who want to pursue an unconventional path in the arts?

Find what makes you different because it will make you unique and always seek for ispiration outside of your artistic field! 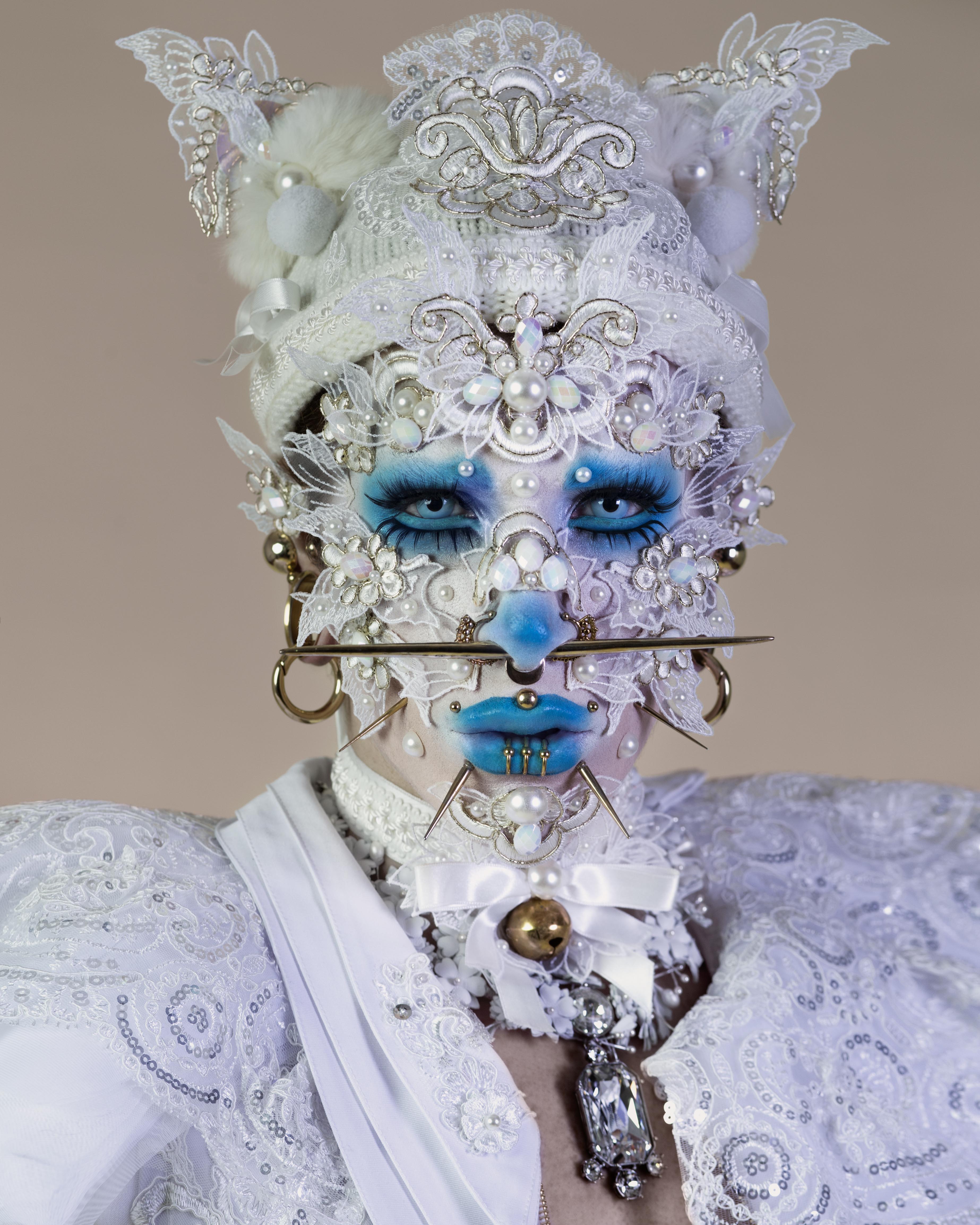 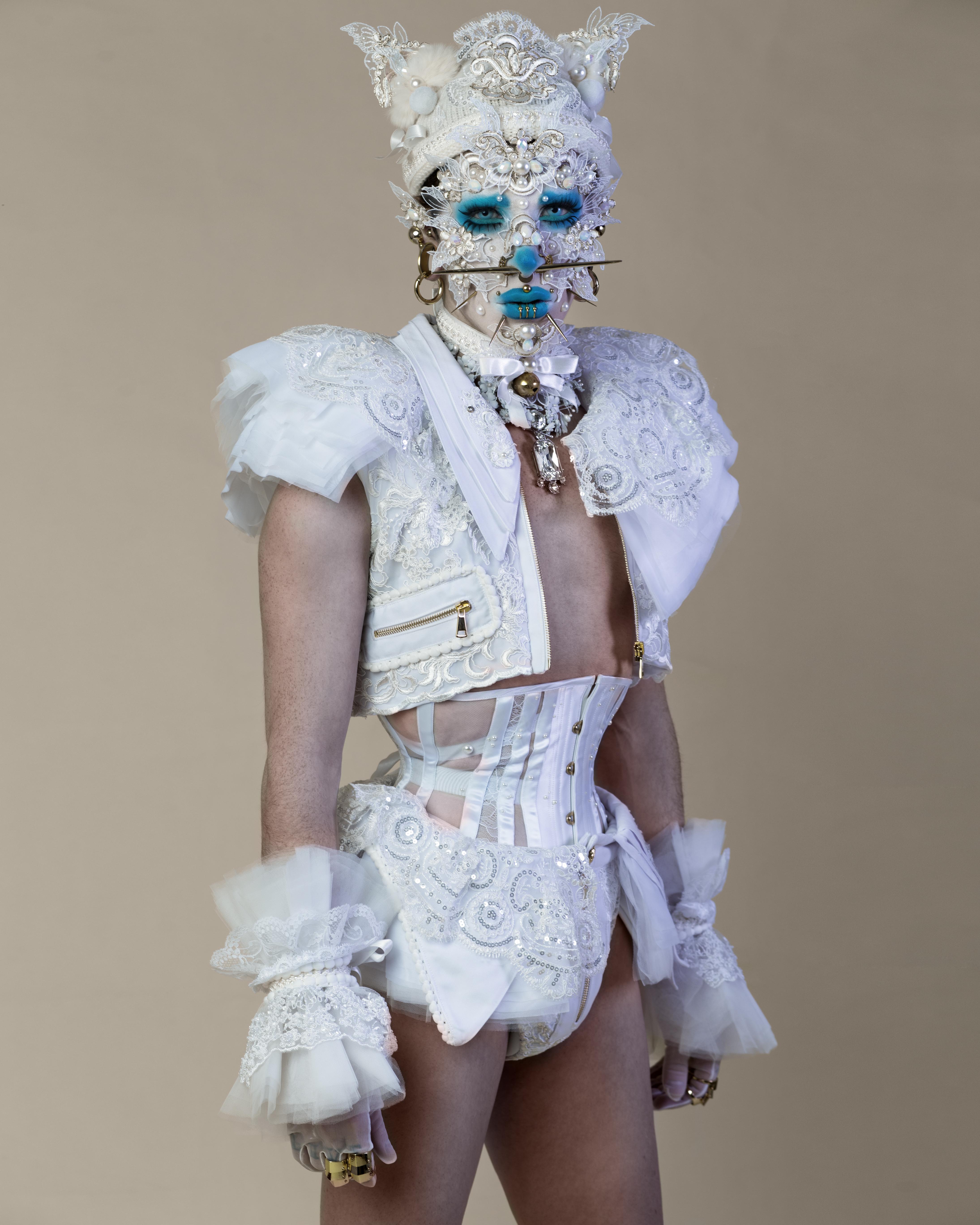 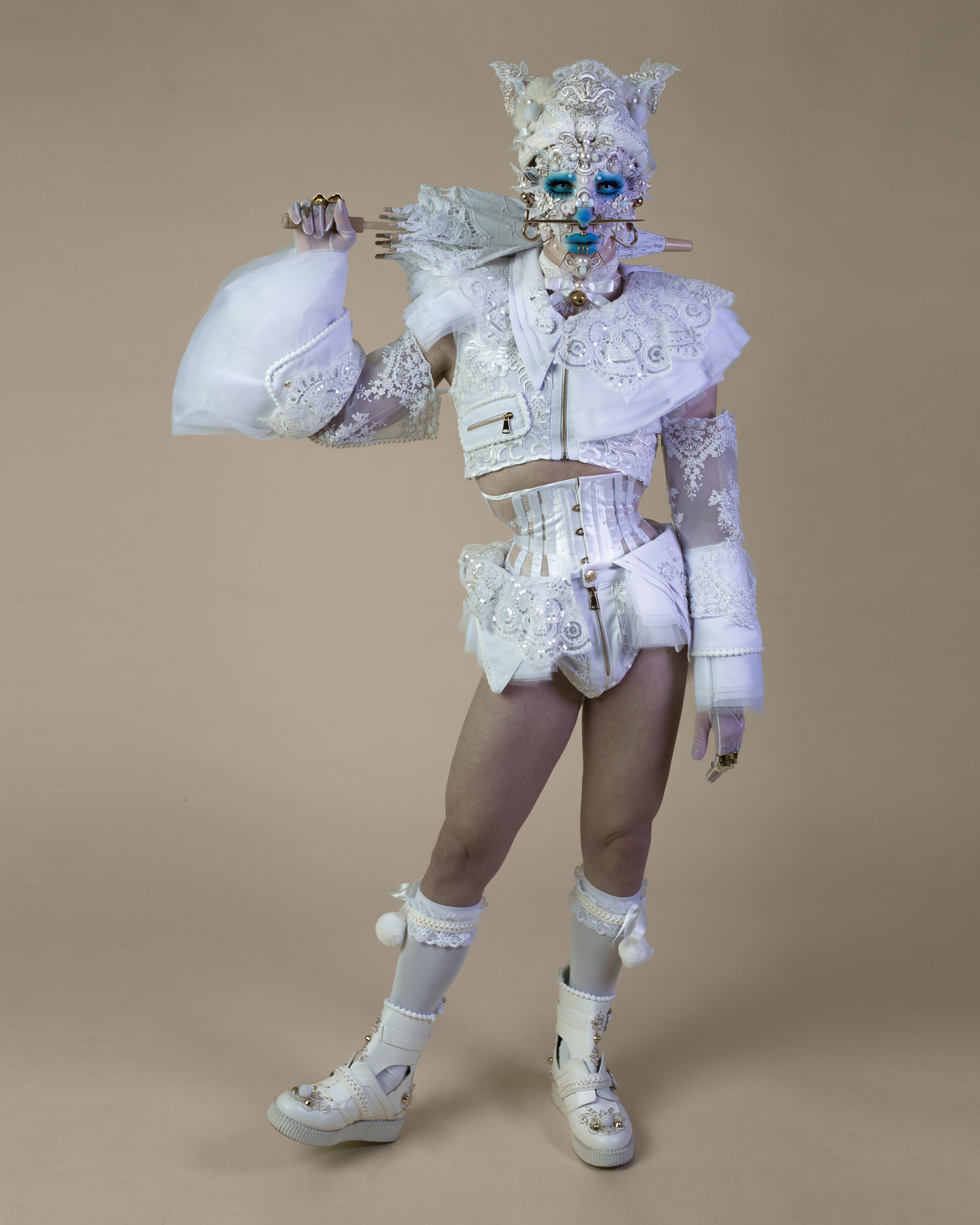 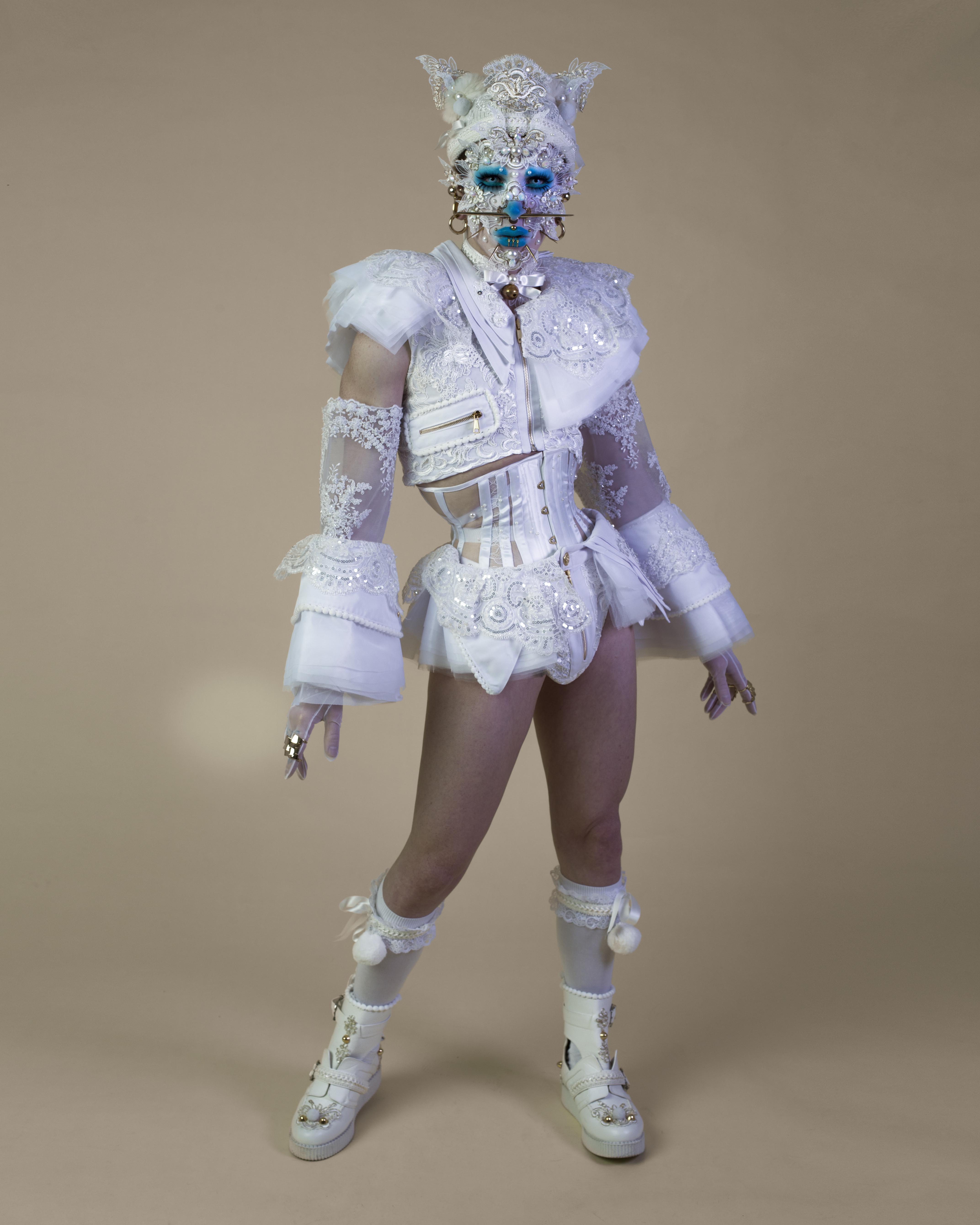